WH Smith is set to close more of its stores after falling into a major loss over the last 12 months.

The retailer said it had lost £226m before tax in the 12 months to August, compared to a £135m profit a year earlier, after it was forced to close hundreds of stores across the country, and its travel business took an especially bad hit.

Revenue dropped 33% to just over £1bn, with the losses much larger than most analysts had been expecting.

WH Smith chief executive Carl Cowling said: “Since March, we have been heavily impacted by the pandemic.”

He added: “While passenger numbers continue to be significantly impacted in the UK, our North American business, where 85% of passengers are domestic, is beginning to see some encouraging signs of recovery. In addition, we continue to open new stores in the US and win significant tenders across major US airports.

“In high street, we had seen a steady recovery and we were well set up both in stores and online as we went into the second lockdown. We currently have 558 stores open.

“We have a robust plan across all our businesses focusing on cost management and initiatives within our control which support us in the immediate term and position us well to emerge stronger as our markets recover.”

The company said it had just over 800 High Street and travel centre stores open currently and was well placed when people started using transport systems in greater numbers.

But it said that it had to reduce costs significantly and take advantage of the Government’s furlough scheme to get it through the lockdowns earlier in the year.

The company said it had 420 leases due for renewal in the next three years and would only do store where stores would be profitable. It added that: “Depending on the negotiations with our landlords and the Government’s future approach to property rates, we anticipate closing c.25 stores in the current financial year as the leases on these stores expire.”

The company said it would not be paying a dividend this year. 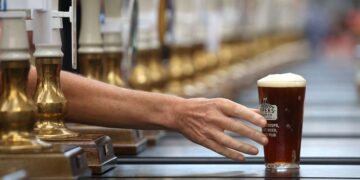 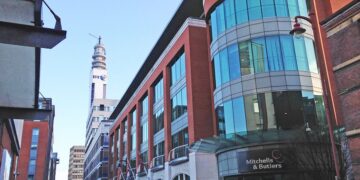 Mitchells & Butlers reveals 1,300 job losses as it slips into the red

Pledge $129 or more
DAWN Backpack Bundle
Make a pledge now and select your colour and final ship to information after the Kickstarter.
(Expected retail $249+shipping)

Are you sure want to cancel subscription?