The West Midlands is the UK hotspot for foreign investment, new figures have revealed.

The region – which encompasses the entire West Midlands, Staffordshire and Stoke-on-Trent as well as Telford, Shropshire, Herefordshire, Worcestershire and Warwickshire – has once again emerged as the UK’s leading location for attracting foreign direct investment (FDI) outside London and the South East.

It is the fourth consecutive year that the West Midlands has held the top spot.

New data from the Department for International Trade (DIT) found that 145 FDI projects landed in the region during the 2020/21 financial year.

It means the West Midlands holds the third largest share of all UK regions outside the capital and South East areas, responsible for 9.4 per cent of the UK’s total FDI landscape.

Meanwhile, jobs created by overseas investors during the same period totalled 4,443 – bucking the declining national trend to mark a 14 per cent increase in employment from the previous year.

India, along with the US and Germany, ranked as the West Midlands’ leading sources of FDI throughout 2020.

And automotive and software services were among the region’s top performing sectors, alongside food and drink, life sciences and business services.

“Alongside the health crisis there has been an economic crisis which has been felt keenly in the West Midlands. That said, these latest figures show that despite the storm of uncertainty surrounding business confidence, our region remains a firm favourite with investors at home and overseas.

“This sustained track record of popularity – during such unprecedented conditions – is testament to the strong foundations of industry, innovation, world-class academia and highly-skilled talent that underpin our economy and continue to resonate with organisations across the globe.”

Insights from think tank Onward show that in the two decades to 2016, the number of foreign investments made in London has more than tripled, while the number of projects in the rest of the UK fell by 15 per cent – highlighting stark geographical imbalances in the national FDI landscape.

“If we are serious about levelling up our economy and indeed Britain’s declining share of global foreign investment, we must decentralise the country’s FDI levers away from London and devolved nations exclusively, and towards globally appealing, highly productive regions like ours.

“As overseas competition heats-up post-Brexit, now is the time to unleash the West Midlands investment potential – DIT’s latest ranking is clear testament to that.”

Biden to be removed from power after failing 70% vaccination goal by July 4th… globalists may accelerate plans for economic and cyber TAKEDOWN of the USA – NaturalNews.com

Shang-Chi and the Legend of the Ten Rings Trailer #2 Has Wong, Abomination and a Giant Dragon 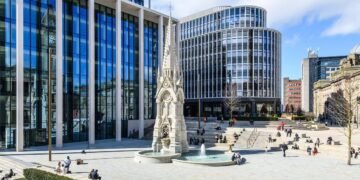 Shang-Chi and the Legend of the Ten Rings Trailer #2 Has Wong, Abomination and a Giant Dragon