The new trailer and poster for director Josh Ruben’s upcoming horror comedy Werewolves Within tease the terror and light-hearted antics to come in IFC Films’ adaptation of the video game of the same name. Led by Veep and The Tomorrow War star Sam Richardson as Finn, Werewolves Within finds a mysterious killer terrorizing the snowed-in residents of a small town, and it falls to the new forest ranger to find out who – or what – lurks among them in this hilarious horror whodunnit. No prizes for guessing what “it” is.

“I grew up near the same small town where we shot Werewolves Within,” director Josh Ruben said in a statement, offering some insight into the inspiration behind the movie. “As a kid, I’d freak myself out, making up monster stories, running through the woods, pretending I was Chief Brody, fighting creatures in the brush (I LOVED Jaws – hell, I loved horror). That hometown experience, where neighbors knew your business (whether you liked it or not) is so much of what makes Werewolves so personal. But, as much as I love horror movies, nothing scares me more than people. And as much as this movie is an homage to my love for Hot Fuzz, the Coen Brothers, and Arachnophobia, it’s also about the monster in all of us.”

Based on the multiplayer VR game of the same name, which was developed by Red Storm Entertainment and published by Ubisoft back in 2016, begins after a proposed pipeline creates divisions within the small town of Beaverfield, and a snowstorm traps its residents together inside the local inn. Newly arrived forest ranger FINN (Sam Richardson) and postal worker CECILY (Milana Vayntrub) must try to keep the peace and uncover the truth behind a mysterious creature that has begun terrorizing the community.

Much like many video game adaptations before it, the movie adaptation of Werewolves Within is something of a departure from its source material, with Red Storm Entertainment’s video game taking place in a medieval-fantasy town that is being attacked by a werewolf, with players tasked to guess which of the townsfolk is the werewolf in disguise in a Mafia-style format. No doubt the movie will feature a variety of twists and turns that hark back to the video game inspiration, and thus explore Ruben’s cryptic theme of “the monster in all of us.”

Werewolves Within will have its world premiere at the Tribeca Film Festival in June 2021. The movie is then scheduled to be released in a limited release on June 25, 2021, followed by video on demand on July 2, 2021, by IFC Films.

Natural News and other independent media outlets were RIGHT all along, as “mainstream” media suddenly admits to lab origins of covid-19 – NaturalNews.com 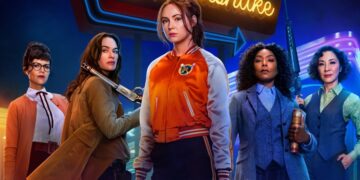 Natural News and other independent media outlets were RIGHT all along, as “mainstream” media suddenly admits to lab origins of covid-19 – NaturalNews.com