A merger between two of the country’s biggest mobile networks has gained initial approval from the UK’s competition watchdog.

The Competition and Markets Authority (CMA) has provisionally cleared merger plans between Virgin Media and O2, after it originally raised concerns that the deal would lead to reduced competition in the wholesale market.

The CMA was worried that following the deal Virgin and O2 could raise prices or reduce the quality of its wholesale services, or withdraw them completely. This would lead to these other companies providing a worse service or passing additional costs on to their customers.

Another concern was that this change in price and service could make Virgin and 02’s offering more attractive for customers, ultimately leading to a worse deal for UK consumers.

These concerns led to the CMA launching a Phase 2 investigation into the deal.

After examining the evidence, the panel has now concluded that the deal is unlikely to lead to any substantial lessening of competition.

Martin Coleman, the chair of the CMA panel inquiry, said: “Given the impact this deal could have in the UK, we needed to scrutinise this merger closely.

“A thorough analysis of the evidence gathered during our phase 2 investigation has shown that the deal is unlikely to lead to higher prices or a reduced quality of mobile services – meaning customers should continue to benefit from strong competition.”

The competition watchdog came to its decision after concluding that as backhaul costs were only a small part of a mobile company’s overall costs, it was unlikely that Virgin would be able to raise costs in a way that would lead to higher prices for consumers.

It also realised that there were other players in the market that could provide leased-line services and mobile networks for consumers and businesses, meaning it was in Virgin and O2’s interest to remain competitive. 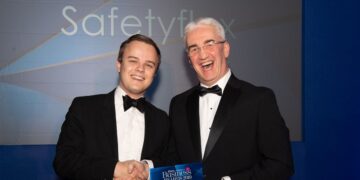