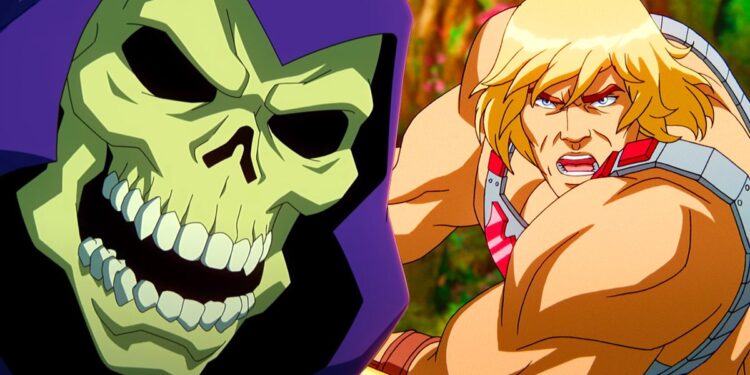 The first teaser trailer for Master of the Universe: Revelation has arrived. Set to be released on Netflix next month, the streamer is generating waves of excitement with He-Man fans with the new video, which provides more than a minute of footage from the series. Fully embracing the spirit of the 80s, the trailer is set to the tune of Bonnie Tyler’s “Holding Out For a Hero” while teasing the return of “the power” after 40 years. You can watch the video below.

This new series serves as a direct sequel to the original He-Man and the Masters of the Universe cartoon series from the 1980s. It picks up directly from where the last episode of the original left off to bring the power of Grayskull back into the world. Though the new show brings in an all-new voice cast, which is filled with fan favorite names, this is as close to a bonafide followup to the original animated series as we were ever going to get.

The logline for Masters of the Universe: Revelation reads: “After a cataclysmic battle between He-Man and Skeletor, Eternia is fractured and the Guardians of Grayskull are scattered. And after decades of secrets tore them apart, it’s up to Teela to reunite the broken band of heroes, and solve the mystery of the missing Sword of Power in a race against time to restore Eternia and prevent the end of the universe.”

“I watched all of the TV series growing up, it was everywhere in the ’80s,” Smith said of the new series, via FlickeringMyth. “These characters started off as toys and ended up becoming part of the global pop culture fabric. So much of this show has been possible because of the love and affection for this world at every level of production and the fandom surrounding this franchise. A big reason we got such top tier voice talent is because people genuinely want to be a part of this world. So many of us were touched by these stories and these characters early in our lives and were so happy to come back to Eternia.”

The filmmaker added: “But even if you’ve never watched a single episode of the show or don’t know this universe at all, you can jump right into the story. It’s a really classic, universal action-adventure epic about growth, discovery, magic, and power. This series explores destiny in a fresh way. There’s a lot of reconciling with secrets, betrayal, trust, acceptance, love, and ultimately, loss.”