The eastern section of the new HS2 high-speed rail line should stop near East Midlands Airport, a newly published report has said.

The National Infrastructure Commission (NIC), an official body which provides advice to the Government on infrastructure, has suggested indefinitely delaying part of the second phase of the project.

Under current proposals, phase 2b of HS2 would run between Birmingham and Leeds via a new ‘East Midlands Hub’ station in Toton, seven miles south west of Nottingham city centre.

But the NIC believes this eastern section should instead travel to East Midlands Parkway, which opened on the Leicestershire/Nottinghamshire border in 2009, where services would then join existing conventional rail lines.

The construction of a new station at Toton would therefore not go ahead if these proposals were accepted by the Government and proposed time savings on journeys to Yorkshire would be lost.

The NIC said: “HS2 will mainly be concentrated on the western leg, with a mix of new lines and upgrades to connect the East Midlands and Yorkshire, rather than the full eastern leg of HS2 Phase 2b.”

This recommendation was slammed by regional transport body Midlands Connect, whose director Maria Machancoses said: “Some of the options in this report are very concerning.

“Sacrificing parts of the high-speed network now would short change millions of people across the Midlands and undermine our efforts to deliver a transport network fit for the 21st century.

“HS2 must be delivered in its entirety, including its eastern leg from Birmingham to Leeds, alongside Midlands Engine Rail.

“To stall, scale down or delay now will cause irreparable economic damage to communities across the region – especially the East Midlands which has suffered from a chronic underinvestment in infrastructure for decades.”

Referring to scrapping the HS2 station in Toton, she added: “East Midlands Parkway was assessed as a possible location for the East Midlands hub in 2015.

“The evidence was as clear then as it is now, this is not the best option…..going over this old ground once again is a waste of time and resources. We need to get building now.”

Work is well under way on phase one of HS2 which will run between Birmingham and London and is due to open at the end of the 2020s.

Phase 2a will run between Birmingham and Crewe and is supported by the NIC, as is the other element of phase 2b between Crewe, Manchester Airport and Manchester city centre.

Transport Secretary Grant Shapps will announce next year whether he has accepted the NIC’s recommendations.

A Department for Transport spokesperson said: “It is necessary that we take the time to consider these recommendations in full and we therefore expect to publish the Integrated Rail Plan in early 2021.”

Elsewhere in its new report, the NIC urged the Government to go ahead with a planned scheme called the Midlands Rail Hub which would mean faster trains and more services between Birmingham and Coventry, Derby, Hereford and Worcester as well as improved services to Wales and the South West.

It also backed plans for improved links to Birmingham International and Coventry from Derby, Sheffield, Oxford and Reading through a scheme called the Midlands Engine Rail programme.

The proposed redevelopment of Moor Street station in Birmingham would go ahead, including being linked by footbridge to the new HS2 station in Curzon Street.

A string of government proposals, such as HS2, a Northern Powerhouse Rail line and other rail infrastructure, would all cost up to £185 billion in 2019/20 prices between now and 2045.

The NIC said this figure was more than was likely to be available so instead outlined proposals for the Government to spend either £108 billion or £129 billion.

Explaining why some projects had to be cut, the NIC said the Government had promised more than it could deliver.

“Even in the highest budget option we have considered, there is not enough money for every rail scheme proposed,” it warned. 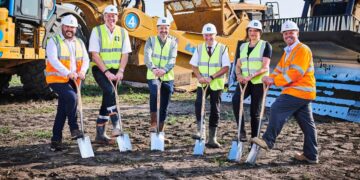