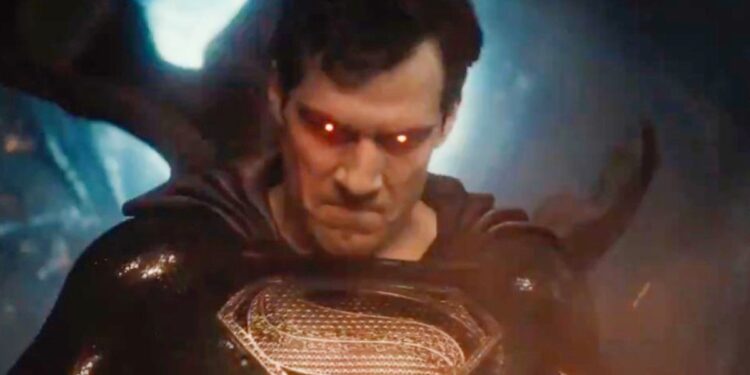 A black-suited Superman looks menacing as he fires his heat vision in the third trailer tease for Zack Snyder’s Justice League trailer coming on Valentine’s Day. Shared by director Zack Snyder, the footage gives us a few glimpses at the kind of DC action to come, with quick shots of the newly designed villain, Steppenwolf, laying down the gauntlet and Gal Gadot’s Wonder Woman clashing swords while in the heat of battle.

Snyder has paired the clip with the caption “In 3 Days,” referring to the release of a full-length trailer for The Snyder Cut, which is due to hit the internet on Valentine’s Day. Though the clip is short (18 seconds short to be precise), it is sure to get DC fans excited, thanks mostly the final shot of the Man of Steel firing up his heat vision in order to lay waste to some unseen assailant. The Snyder Cut has already been given an official “R” rating, so who knows just how devastatingly violent the results of Superman’s heat vision will be.

Superman’s famous black suit finally being realized in live-action is not the only change that Snyder is making to 2017’s Justice League. The movie is expected to feature “a solid two-and-a-half hours of unseen footage,” according to Snyder himself, so expect something very different to what replacement director Joss Whedon produced. The movie will delve a lot more into the tragic backstory of Victor Stone and further explore his transformation into Cyborg, as well as include Joe Manganiello in the role of Deathstroke, the arrival of Ray Porter as the tyrannical cosmic overlord Darkseid, and debut Harry Lennix as the CGI, motion-capture created Martian Manhunter. Jared Leto will also reprise the role of the Joker during an extended Knightmare sequence, during which he will come face-to-face with Ben Affleck’s Dark Knight.

Zack Snyder’s Justice League is expected to follow a similar plot to what audiences saw in theaters back in 2017. A newly released synopsis reads; “In ZACK SNYDER’S JUSTICE LEAGUE, determined to ensure Superman’s (Henry Cavill) ultimate sacrifice was not in vain, Bruce Wayne (Ben Affleck) aligns forces with Diana Prince (Gal Gadot) with plans to recruit a team of metahumans to protect the world from an approaching threat of catastrophic proportions.

The task proves more difficult than Bruce imagined, as each of the recruits must face the demons of their own pasts to transcend that which has held them back, allowing them to come together, finally forming an unprecedented league of heroes. Now united, Batman (Affleck), Wonder Woman (Gadot), Aquaman (Jason Momoa), Cyborg (Ray Fisher) and The Flash (Ezra Miller) may be too late to save the planet from Steppenwolf, DeSaad and Darkseid and their dreadful intentions.”

Next phase of HS2 given royal assent

The Globalists Ruling Class Has Declared War on Americans – Game On! 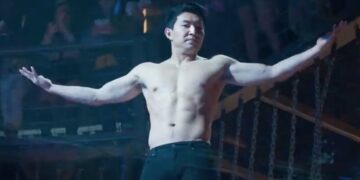 The Globalists Ruling Class Has Declared War on Americans - Game On!