Lunatic Democrat calls for an end to ALL policing following accidental shooting of young black man near Minneapolis – NaturalNews.com

Corporations invoke “woke” ideology as a cloak to hide their evil intentions – NaturalNews.com 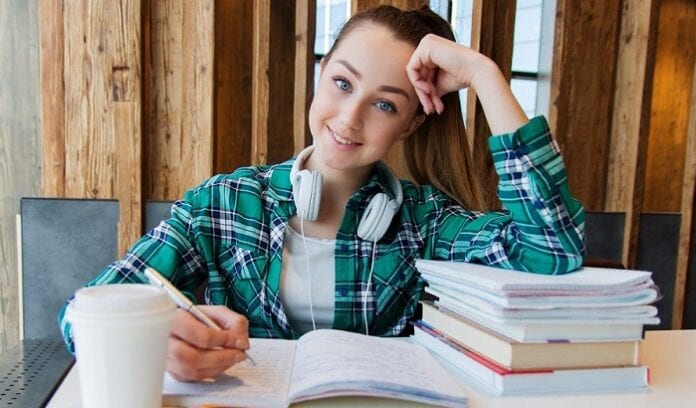 My daughter had a friend over this week whose parents just took her out of public school for homeschooling, and my neighbor recently unenrolled her child from public school to homeschool for the rest of the academic year. These families are much more than local anecdotes—they are representative of a national trend.

New Census Bureau data show that 11.1 percent of K-12 students are now being independently homeschooled. This is a large uptick from 5.4 percent at the start of the school shutdowns last spring, and 3.3 percent in the years preceding the pandemic.

In its Household Pulse Survey, the Census Bureau counted homeschoolers as students whose parents had officially removed them from a school or never enrolled them to begin with. This distinguishes independent homeschoolers from the millions of students doing home-based remote schooling during the pandemic response.

In addition to massive overall growth in homeschooling, the survey results also revealed increasing homeschooling rates across all races and ethnicities.

While the homeschooling population has become more demographically diverse over the past decade, the Census Bureau found that the number of black homeschoolers increased nearly fivefold between spring and fall of 2020, from 3.3 percent to 16.1 percent. This black homeschooling rate is slightly higher than the approximately 15 percent of black students in the overall K-12 public school population.

The new Census data confirm what previous surveys have shown while also suggesting a tripling of the homeschooling population from its pre-pandemic levels.

In August, Gallup reported that 10 percent of families expected to homeschool their children this academic year. And in November, Education Week estimated the number of current homeschoolers at nine percent. Prior to the pandemic, approximately 1.7 million students were homeschooled, according to the most recent federal data from 2016. The Census data now puts that number at over 5.5 million homeschooled students, which is comparable to the number of K-12 students typically enrolled in private schools.

This year’s new homeschoolers are also more likely to come from lower socioeconomic backgrounds. The Education Week survey last fall found that more lower-income families were choosing homeschooling during the pandemic response than higher-income families, challenging the myth that homeschooling families are more affluent than others. The New York Times pointed out this myth in July, explaining that “the population of home-schoolers — before the pandemic — was less affluent than average.”

Sign Up for Kerry’s weekly parenting and education email newsletter!

Despite this evidence to the contrary, critics continue to assert that it’s affluent parents who are pulling their children from school for homeschooling, or gathering together with other families to create “learning pods.” These pods emerged last summer, as parents sought creative ways to provide safe social interaction for their children. Pods created an engaging learning environment that included parents rotating homes and taking turns teaching, or collaborating to hire an educator to facilitate a curriculum.

A modern twist on time-honored homeschool co-ops, learning pods can be a low-cost schooling alternative for many families.

For Allison Fried in Fairfax, Virginia the private homeschooling learning pod she organized in her home’s basement with five other families has been “amazing”—and much less expensive than her child’s previous preschool.

“The cost per family and what we would be paying out of pocket was literally 50% of what we were paying the year before for private preschool,” she recently told Marketplace. Her pod costs $1,000 a month per family for the teacher, learning supplies, and cleaning.

These homeschooling learning pods are an innovative, parent-driven response to pandemic policies and school closures. They are an ideal example of spontaneous, decentralized, free-market education solutions that meet current demand. They involve free people coming together in a process of voluntary association and exchange to provide value that benefits everyone involved in the arrangement.

Exasperatingly, many states were quick to slap on regulations that curtailed or prevented these small enterprises. Some states required the pods to be registered with government officials and limited their size and scope. Some required pods to be fully licensed as daycare providers. Others forbade pods from collecting fees.

Policymakers are starting to push back against these regulations. In Pennsylvania, a comprehensive school choice bill is making its way to the legislature that, among other things, protects learning pods throughout the state. Specifically, the bill would “exempt Learning Pods from state, local, and district regulatory activity,” and make certain that parents and children who participate in learning pods “are not subject to undue surveillance, reporting, regulatory demands or harassment.”

“Parents will go to great lengths to get their children the best education possible,” says Colleen Hroncich, a senior policy analyst at the Commonwealth Foundation in Pennsylvania. “With around 86% of Pennsylvania districts still hybrid or fully remote, learning pods have been a life saver for many families. Parents should not need permission from the state to get together to improve their children’s academic or social experiences.”

Learning pods and other examples of education entrepreneurship should be cheered and championed. We should encourage more visionary parents and educators to design new learning models that provide alternatives to our entrenched and outdated government-controlled education system. When free from the fetters of government oversight and regulation and guided by the free market, these innovators will build educational solutions that are better, cheaper, more creative, more personalized, and more successful than coercive government schooling.

FEE’s founder, Leonard Read, predicted what would happen in a free market in education, with parents empowered to guide their children’s education and innovative entrepreneurs free to serve both parents and children. Writing in 1964, before the rise of the modern homeschooling movement, Read said:

“While one cannot know of the brilliant steps that would be taken by millions of education-conscious parents were they and not the government to have the educational responsibility, one can imagine the great variety of cooperative and private enterprises that would emerge. There would be thousands of private schools, large and small, not necessarily unlike some of the ones we now have. There would be tutoring arrangements of a variety and ingenuity impossible to foresee. No doubt there would be corporate and charitably financed institutions of chain store dimensions, dispensing reading, writing, and arithmetic at bargain prices. There would be competition, which is cooperation’s most useful tool! There would be a parental alertness as to what the market would have to offer. There would be a keen, active, parental responsibility for their children’s and their own educational growth.”

Today’s learning pods and diverse homeschooling approaches show how such an uplifting vision could come true, especially if the government would get out of the way.

Rising homeschooling rates and innovative learning models have been bright spots in an otherwise bleak year.

Parents and educators responded to school shutdowns and related pandemic policies with individual effort and ingenuity. With many schools still closed this spring, and the strong probability that remote schooling will continue into next fall in many districts, homeschooling rates are likely to remain high. Once they experience the full freedom and flexibility of homeschooling, many parents and children won’t ever want to return to a coercive classroom.

This article was originally published on FEE.org. Read the original article.

Lunatic Democrat calls for an end to ALL policing following accidental shooting of young black man near Minneapolis – NaturalNews.com

Corporations invoke “woke” ideology as a cloak to hide their evil intentions – NaturalNews.com

Sperm from malnourished males transmits information that negatively affects the genetic expression of their offspring – NaturalNews.com

Here’s why eating garlic and onions can prevent hypertension and diabetes – NaturalNews.com