(Natural News)
Extreme drought is now taking a hold of England and Wales. According to the country’s Environment Agency, eight out of fourteen regions are now in a serious drought. The impacted regions include Devon and Cornwall, Solent and South Downs, Kent and south London, Herts and north London, East Anglia, Thames, Lincolnshire and Northamptonshire, and the east Midlands.

The situation is so grim, farmers are calling for “hosepipe bans” that would stop people from watering their lawns, filling their pools, and cleaning their cars. As water supplies are cut, insiders predict a catastrophic 50 percent CROP FAILURE across all of England. These are the concerns of the National Drought Group, who wrote about impending crop failures in now leaked documents.

Crop failures on the horizon, as severe drought takes hold of England

In the leaked documents, farmers warn that the potato crop will likely be halved this year because they cannot effectively irrigate their fields. The farmers warn that “irrigation options are diminishing with reservoirs being emptied fast.” The farmers warn that their most drought-tolerant crops are already failing, including drought-resistant maize. The crop losses are expected to impact staple food items such as carrots, onions, sugar beets, apples, and hops. The issue is compounded by excessive wildfires, which are taking advantage of the dry conditions and putting large areas of farmland at risk.

Some farmers are abandoning their planting season because there isn’t enough water to keep the crops alive anyway. Farmers are also expected to slaughter their livestock earlier this year, because they do not have enough feed to last through the winter.

Tom Bradshaw, the deputy president of the National Farmers’ Union (NFU), believes its time for the government to intervene and force water companies to cut back on consumer water supplies.

The drought is most serious in East Anglia, where two thirds of the nation’s sugar beet crop and one third of its potato crop are produced. Bradshaw said the government should intervene and prioritize food production. “We have members who can’t abstract irrigation water but still in East Anglia there is no hosepipe ban,” Bradshaw said, “We can’t believe that we aren’t allowed to irrigate to grow the fruit and vegetables the country needs but there is no ban on excessive consumer use.”

Water restrictions coming for consumers across England and Wales

Bradshaw said he spoke with the Parliamentary Under-Secretary of State for Nature Recovery and the Domestic Environment, Steve Double about preparing for a dry winter. “We made it clear to him that we need to plan on there being a dry winter and we need to fill our reservoirs, or next year’s food production could be in the balance. Irrigated vegetables are something a lot of people will be eating; if we don’t have irrigation there will be very low availability [of vegetables].” Bradshaw said. These consumer water bans typically reduce water usage by 10%.

With an official drought declaration, water companies are beginning to impose hosepipe bans. On August 5, Southern Water imposed a hosepipe ban in Hampshire and in the Isle of Wight. On August 12, South East Water introduced a ban in Kent and Sussex. Other restrictions will take effect late August in Pembrokeshire, Cornwall and in parts of north Devon and Yorkshire.

All this is taking place while the United Nations enforces climate change edicts that include fertilizer restrictions and livestock reductions. To make matters worse, countries are being incentivized to attack their own energy independence, leading to compounding shortages of food. This is all being carried out to demolish national sovereignty and the global economy to usher in socialism, communism and a great reset of finance, food, energy, and wealth redistribution. 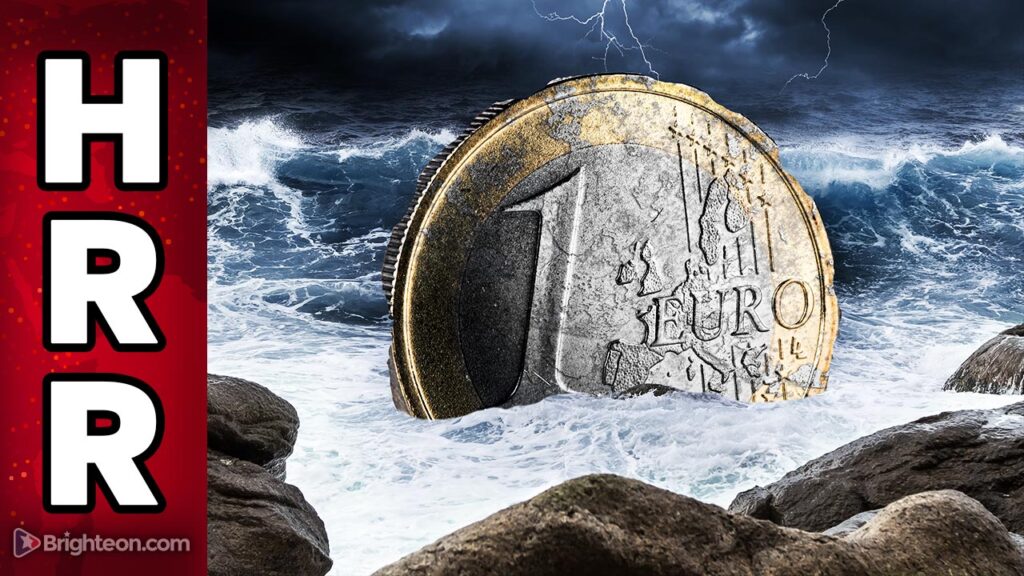 The Secret Behind China’s Ghost Cities