There’s fist fights, shoot outs, and milkshakes aplenty in the newest trailer for Netflix’s upcoming action movie foray, Gunpowder Milkshake. The newly released footage once again teases Karen Gillen’s lead role as a skilled assassin with a personal vendetta, something which audiences will be able to sit down and enjoy when the movie hits the streaming platform next month.

Directed by Navot Papushado, from a screenplay by Papushado and Ehud Lavski, Gunpowder Milkshake will introduce Netflix audiences to Guardians of the Galaxy star Karen Gillan as Sam, who was only 12 years old when her mother Scarlet, an elite assassin, was cruelly forced to abandon her daughter and go on the run. Years later, despite the estrangement, Sam has also grown up into a cold-blooded hitwoman much like her mother. Sam was raised by The Firm, the ruthless crime syndicate her mother worked for. Now, 15 years later, Sam has followed in her mother’s footsteps and grown into a fierce hit-woman. She uses her “talents” to clean up The Firm’s most dangerous messes. She’s as efficient as she is loyal.

But when a high-risk job goes wrong, Sam must choose between serving The Firm and protecting the life of an innocent 8-year-old girl – Emily. A gang war is quickly unleashed, and Sam has no choice but to go rogue. This ultimately leads her back to her mother and her former hitwomen sidekicks, and with a target on her back, Sam has only one chance to survive: reunite with her mother and her lethal associates: The Librarians. These three generations of women must now learn to trust each other, stand up to The Firm and their army of henchmen, and raise hell against those who could take everything from them.

Alongside the Jumanji: The Next Level star in the lead, Gunpowder Milkshake has amassed an impressive supporting to cast, all of whom are likely at risk of taking either a fist or a bullet to the face at some stage in proceedings. Backing up Karen Gillan as master assassin, Sam, Gunpowder Milkshake stars Chloe Coleman as Emily, Sam’s adopted daughter and protégé, and Game of Thrones’ L ena Headey as Scarlet, Sam’s mother, Emily’s grandmother and the leader of the sisterhood.

The action flick will also feature performances from the likes of Angela Bassett as Anna May, a fellow assassin and a member of the sisterhood, Paul Giamatti as Nathan, Michelle Yeoh as Florence, an Asian assassin and a member of the sisterhood, Carla Gugino as Mathilde, Ivan Kaye as Yankee, Adam Nagaitis as Virgil, Ralph Ineson as Jim McAlester, and David Burnell IV as Shocker.

Netflix has seen huge success recently in the action movie genre thanks to the likes of Chris Hemsworth’s Extraction, the comic book adaptation The Old Guard, and more recently Zack Snyder’s zombie heist flick, Army of the Dead. With the ever-reliable Karen Gillen and Lena Heady leading the charge, Gunpowder Milkshake could well be another big, explosive hit for the streaming giant. Gunpowder Milkshake is scheduled to be released in the United States, Canada on July 14, 2021, by Netflix, and internationally on July 21, 2021, by STXfilms and StudioCanal.

Ban on commercial evictions extended after lockdown kept in place 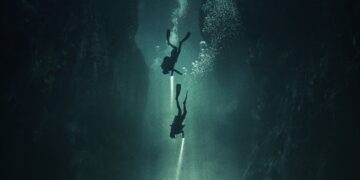 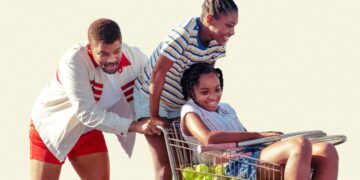