Is The Silver Price About To Blow Sky High?

AP says Covid-19 vaccine reactions are caused by “anxiety” and are simply the product of imagination – NaturalNews.com 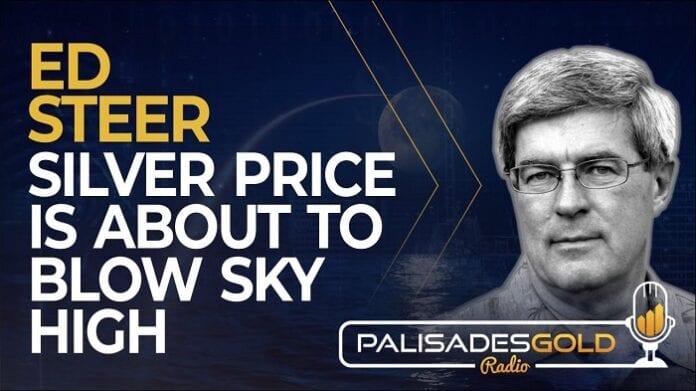 Tom welcomes Ed Steer to the show, Ed writes a weekly subscriber column on the gold and silver markets. He brings us a bombshell overview of what is happening in the metals market.

Ed explains how tight the silver markets have become and why the Comex is attempting to roll over as many contracts as possible to avoid delivery. They have reduced the fees to rollover contracts to near zero. There is some backwardation in silver for contracts in late 2021, revealing weaknesses in their ability to deliver.

Thousands of traders use the Comex markets, but eight large investment banks control more than half of the paper metals market. These big players are short 412 million ounces of silver, and it’s them versus the world. The thousands of other traders are entirely net-long as they understand this scheme is ending. If these large players were to let silver go, the price would rapidly become a sizeable three-digit number.

He feels these investment banks were caught completely flat-footed by the actions in the market in recent weeks. They have been forced to double down on their shorts to keep the market suppressed. Ed says, “Right now, these guys are fighting for their lives.”

Physical premiums are through the roof if you can even find the metal. The lead times from the mints are growing, and it will be many months before dealers can fully restock. He says, “There is no physical metal to be had…the market is tight everywhere you look.”

If the sleeping giants (aka the industrial users of silver) awaken to what is happening, they will want to buy everything available, making the situation much worse. Those in power are now desperate as these problems could lead to a massive currency crisis worldwide.

He doesn’t believe these banks can cover their shorts, and March deliveries will be very interesting.

Ed cautions, “Things are now in motion that can’t be undone. It’s going to be like the long-term capital management collapse we’re talking trillions, not billions… Hopefully, there is a world left to survive in once this is all over.”

Ed’s interest in precious metals began about 35 years ago during the final up-side blow-off in silver and gold when the Hunt brothers tried to corner the silver market back in the very late 1970s, culminating in the high price spikes in both those metals in early January of 1980.

He made a lot of money during that period and lost a lot when the whole thing came crashing down. Almost 20 years passed before his interest in precious metals was revived. Even with the Internet in its infancy in 1999, it didn’t take long to discover that all was not as it should be with gold and silver prices.

In early 2000 Ed ran into GATA and silver analyst Ted Butler on the Internet, and the rest, as they say, is history. He wrote commentaries for Bill Murphy over at lemetropolecafe.com for several years, and eight years ago, David Galland over at Casey Research was kind enough to ask Ed to write for their company, which he has done ever since.

After 15 years of watching, analyzing, and writing about the precious metal market, Ed says, “I know a thing or two about it and, as I’ve already stated, the first thing I found out was that gold and silver prices were and are being actively managed.” A state of affairs that has now become obvious to all except for the willfully blind. This price management scheme has now extended into platinum, palladium, and copper during the last few years and this, amongst many other things, is what I write about daily.

To subscribe to our newsletter and get notified of new shows, please visit http://palisadesradio.ca

Vision Launch Media is a global discovery platform for free-speech and independent thought. We use alternative sourced information to increase awareness of crucial issues. Our goal is to help neutralize the corporate media’s dominance over our nation’s collective consciousness & promote critical thinking.

AP says Covid-19 vaccine reactions are caused by “anxiety” and are simply the product of imagination – NaturalNews.com