(Natural News)
Earlier this week, year-over-year inflation in the USA (as reported by official government statistics) clocked in at 8.3%. If honestly reported while incorporating food, housing, energy costs and other real-world expenses, the real number would be closer to 16% – 20% (John Williams’ ShadowStats, see chart below).

If measured the same way it was in the 1970s, we are already at Jimmy Carter-level inflation of somewhere around 18%.

The Fed is, as Peter Schiff says, “spitting into the wind” when they raise rates by 75 basis points (0.75%) and pretend these small rate raises are going to do much of anything to stop inflation that’s really at around 18% or so. Any effective strategy on the part of the Fed would need to see something more like 1000 basis points, or a 10% rate increase overnight. 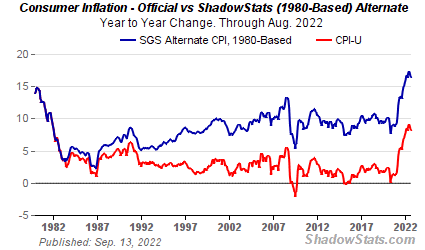 Via the Inflation Charts page of ShadowStats.com

Instead, the Fed looks poised to peck away at this massive inflation tsunami with ineffective rate raises until markets tank, leaving Americans with cratering markets and rising inflation at the same time. With runaway money printing on top of all that — America’s national debt is just about to reach $31 trillion — we are looking at a perfect storm of financial calamity: Monetary devaluation, price inflation, scarcity and falling asset values (deflation of assets).

This means that at the very moment people need assets the most (in order to buy food, pay utility bills, pay rent, etc.), the assets they have (stocks, bonds, fiat currency dollars, etc.) are losing value, making them poorer from both directions. The upshot is that people who live in western nations are about to become destitute and homeless at a record pace.

European economist describes economic devastation coming to Europe, reveals “Germany is a psychopath” in its government’s demands on other nations

Today’s podcast, which focuses on maintaining peace in a time of global war, features an interview with Finnish economist (and CEO of GnS Economics) Tuomas Malinen, who recently tweeted warnings about the coming implosion of the European economy.

In our interview (below), I asked Malinen about the collapse of Europe’s industrial sector, and he confirmed that the likely response by socialist-leaning European governments is going to be more nationalization and state control over utility companies and industry.

This means that Russia, by cutting off gas to Europe (following Europe’s declaration of an economic war against Russia via suicide sanctions), has forced Western Europe into a position that’s going to look a whole lot like the former USSR, with centrally-planned economies, destitution, starvation, freezing, homelessness and more. I asked Malinen if he thought much of Western Europe was going to resemble East Berlin circa 1984, and he confirmed that was an accurate assessment, based on the current trajectory.

And it seems like Germany is leading the third great wave of destruction for Europe, after World War I and World War II. Watts Up With That is reporting today that Germany’s businesses are now paying 1,000% higher electricity prices than normal, stating:

The wave of insolvencies has just begun, and is “picking up speed”, writes Blackout News. “What we are seeing now is just the tip of an iceberg. Increased energy prices are affecting all industries, whether directly, as in the case of steel mills and bakeries, or indirectly, as in the case of shoe retailer Görtz. If politicians do not take countermeasures here, Germany will fall into a severe and long-lasting recession, with mass unemployment and a massive loss of prosperity.”

Meanwhile, the Eurometaux trade group has issued a strongly-worded warning letter that describes an apocalyptic outcome for Europe’s industrial sector if energy prices aren’t quickly normalized. The continent will face, “permanent deindustrialisation,” warns the letter, adding that this current energy crisis, “[poses an] existential threat to our future.”

“Permanent,” of course, means it’s not just a phase they’re going through. It’s a wipeout.

As Malinen warns, the response from European governments is going to be more money printing and stimulus handouts, pretending that handing out money can magically solve scarcity in energy, fertilizer, metals, food and gas. The problem with this thinking, of course, is that even though you can print money, you can’t print energy. No matter how much currency you print, the energy is still scarce, and Malinen told me he believes there’s essentially zero chance of NATO countries negotiating peace with Russia any time soon, in an effort to restore gas flows.

It seems that Western Europe is about to face its most devastating winter since World War II, and in a simulation from a German-linked group that’s working to model power grid collapse scenarios, 400 people will die in the first 96 hours of a power interruption. No doubt that number gets significantly larger after 96 hours, and especially if a cold spell sweeps through the area.

My interview with Malinen is found in the last hour of today’s Situation Update podcast via Brighteon.com: 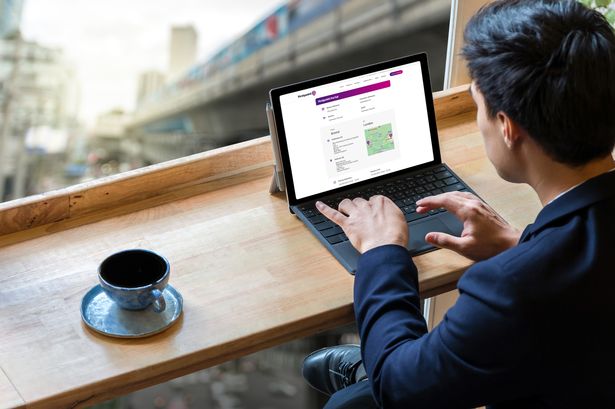