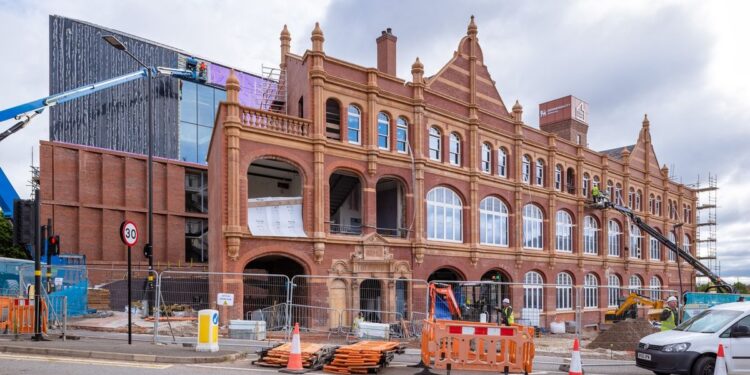 
The £70 million restoration and expansion of a historic Birmingham building has reached a key landmark after progress work to revitalise its iconic façade was revealed.

It is the first time in 15 months that the exterior of the former Belmont Works bicycle factory in the city’s Eastside district has been seen.

Birmingham City University (BCU) is leading the scheme to create a new home for its STEAMhouse project which will bring together academia and business from across STEM disciplines (science, technology, engineering and maths) and the arts.

The deadline to enter the awards is midday on Monday September 20 and sponsorship opportunities are also now available.

University leaders have also rubber stamped plans for part of the building to form a new home for its school of computing and digital technology.

STEAMhouse is set to be operational in time for the 2022/23 academic year.

BCU deputy vice-chancellor Julian Beer said: “Reaching this milestone is not just a real landmark for the development of our STEAMhouse project but also for the changing landscape of our city’s Eastside.

“It is a credit to all that, despite the complexity of the project and the challenges presented by the covid-19 pandemic, that all partners involved in the project have been able to make such significant progress.

“As the region enters its recovery from the impact of the last 18 months, projects like STEAMhouse are essential to ensuring we provide a platform for new business, the creation of jobs and the generation of growth.”

Belmont Works was built in 1899 and was originally used for the manufacture of bicycle parts by Eccles Rubber and Cycle Company since when it has adopted a number of uses including as a factory for linen clothing, bedsteads and pianos.

It has been derelict and unused since 2007 after being gutted by a fire. This project is the latest phase of work on BCU’s city centre campus after its former home in Perry Barr was closed a few years ago and demolished to make way for a new housing estate.

The site near Alexander Stadium was due to house the athletes’ village for next year’s Commonwealth Games but delays caused by the pandemic meant it would not have been finished in time.

The project at Belmont Works will be the second phase of STEAMhouse – the first was opened in 2018 in the former South & City College building in Digbeth’s High Street.

Are millions of vaccine victims disappearing into mass graves? – NaturalNews.com 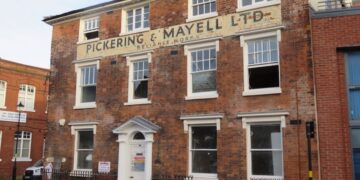 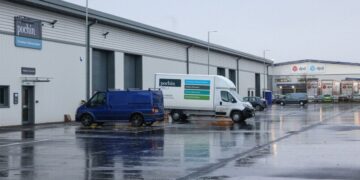 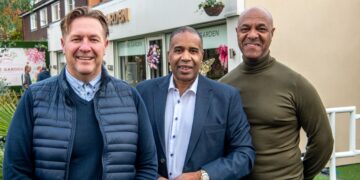 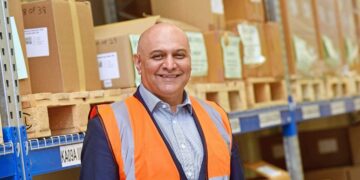