The full The Falcon and the Winter Soldier trailer is now available after a thirty-second spot aired during the big game. We have all the Marvel action for you now, with plenty of new footage that wasn’t released during the big Disney investors day. For those complaing that WandaVision moves too slow, this looks like nothing but big MCU action.

Marvel Studios has released a new trailer for The Falcon and the Winter Soldier. The studio took advantage of the Super Bowl to promote the highly anticipated Disney+ series. WandaVision is currently streaming and keeping all Marvel Cinematic Universe fans on their toes with the mystery. Each week, the series peels away more layers to slowly let everybody know what exactly is happening within Wanda Maximoff’s current reality. As for The Falcon and the Winter Soldier, it looks more in line with what we’ve come to expect from Marvel Studios.

RELATED: War Machine Will Return in The Falcon and the Winter Soldier Confirms Don Cheadle

The latest trailer for The Falcon and the Winter Soldier features a ton of new footage, including a brief tease of Emily VanCamp’s Sharon Carter. The actress played coy for a long time when asked about her involvement with the upcoming Disney+ series, but later confirmed that she had wrapped filming at the end of September 2020. There are also brief looks and U.S. Agent and some action-packed scenes with Anthony Mackie and Sebastian Stan. Both actors are also flexing their comedic skills in the new footage too.

The Super Bowl trailer does not spoil anything, and MCU superfans will still be left wondering who will take on the Captain America moniker when the show debuts. Anthony Mackie has confirmed that the series will provide that answer, though he will neither confirm, nor deny, that Sam Wilson is the man to take over for Steve Rogers. With that being said, the fans certainly want Wilson to be the one to takeover since Rogers passed his shield down to him at the conclusion of Avengers: Endgame.

While The Falcon and the Winter Soldier trailer does not spoil anything, it does provide a new look at the latest costume designs for Falcon and Winter Soldier, along with some new weapons. Everything looks updated and slick, proving that Marvel Studios is treating their Disney+ shows just like they were big screen projects. WandaVision has already proven that, especially in the last few episodes, which have featured a ton of visual effects, which have been praised by both fans and critics. While WandaVision has been lacking in the action department, The Falcon and the Winter Soldier looks like it will certainly make up for it. 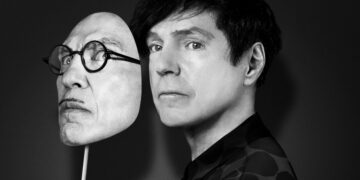 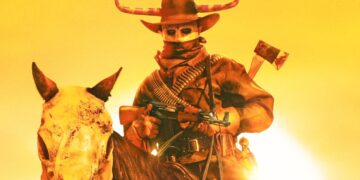