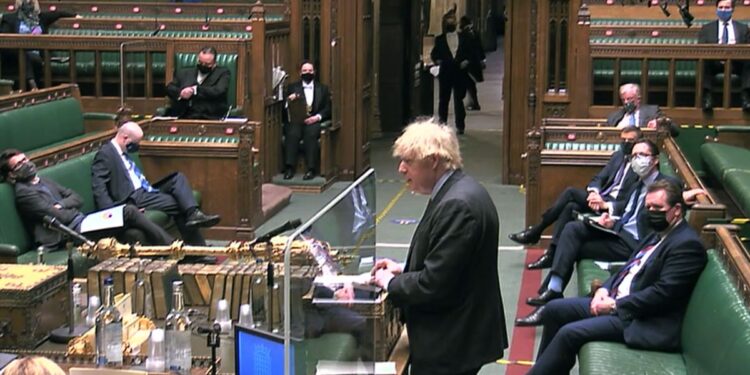 
Prime Minister Boris Johnson has unveiled a four-stage plan to get England out of lockdown.

The PM has set out a timetable for reopening England after the lockdowns introduced to curb the deadly coronavirus pandemic.

It will see schools open next month, with non-essential retail allowed to open from April alongside outdoor hospitality.

Mr Johnson said the country would reopen cautiously and be driven by data on how the virus was being brought under control.

He said: “At every stage our decisions will be led by data not dates and subjected to four tests. First that the vaccine deployment programme continues successfully, second that evidence shows vaccines are sufficiently effective in reducing hospitalisations and deaths.

“Third that infection rates do not risk a surge in hospitalisations which would put unsustainable pressure on the NHS and fourth that our assessment of the risks is not fundamentally changed by new variants of Covid that cause concern.

“And that is why it is so crucial that this road map should be cautious but also irreversible. We’re setting out on what I hope and believe is a one way road to freedom and this journey is made possible by the pace of the vaccination programme.”

There will be no return to the system of tiers. Changes will take place across the whole of England.

Here’s what the four stages of the roadmap mean:

Step one comes in two parts. On March 8 , every school will re-open while after-school sports and activities will restart. Face masks will need to be worn by secondary school pupils.

The current “stay at home order” will remain in place.

From March 29 , outdoor gatherings of up to six people – or a larger number of people if they only come from two households – will be allowed, allowing people to meet in the Easter holidays.

Outdoor sporting venues will be opened and people can enjoy taking part in outdoor sports.

The stay at home order will end, but people will be advised to “stay local” and continue to work from home where possible.

High streets will welcome news that re-opening will take place of non-essential shops, personal care premises such as hairdressers and nail salons, as well as public buildings such as museums.

Outdoor venues such as zoos, theme parks and hospitality venues, can reopen.

Indoor leisure facilities such as gyms and swimming pools will also reopen subject to social contact rules, meaning people should only visit these facilities with members of their own household.

There’s no better time to stay up to date with economic and business news from your region. By signing up for our daily newsletters, email breaking news alerts and weekly round-ups from all the major sectors, you get our journalism direct to your email. To sign up, find out more and see all of our newsletters, follow the link here

Hospitality venues will open for outdoor customers only, so restaurants and pubs can only serve people outdoors. Social mixing rules continue – you can only go to these outdoor venues in groups of six, or larger groups with just two households.

Mr Johnson said the so-called Scotch Egg rule would end as this time, as there will be no rule that you must have a meal in order to buy a drink. There will be no 10pm curfew but you must be seated when you order anything.

Events such as weddings, wakes and funerals can be held with 15 people (up from 6 now) .

Most social contact rules will end outdoors. A maximum of 30 people will be allowed at any outdoor gathering, such as in a park or garden.

Mixing of different households will be allowed indoors again for the first time, though the rule of six/two household rule applies indoors.

Indoor hospitality will be allowed, so venues such as pubs and cinemas can open indoors.

Hotels, B&Bs, and indoor exercise classes will be able to re-open.

Entertainment and sporting venues such as football clubs and concert halls will be allowed to re-open for the public, but with limits on the numbers of spectators allowed.

In the biggest venues, for example major football clubs, up to 10,000 people or a quarter full, whichever is lower.

At this stage, the Government hopes to re-open those final closed sectors of the economy including night clubs.

How the dates will be decided

The dates for steps two to four are “not before” dates, and could be changed if the data shows delays are needed.

There is a minimum of five weeks between each step – four weeks to see the impact of the step taken previously, plus one week’s notice of the changes.

These four tests must be met before any new stage begins:

The roadmap document warns: “Over time, scientists expect Covid-19 to become endemic, meaning the virus will reach a stable, and hopefully manageable level. Vaccinations – including revaccination – will be key to managing the transition from pandemic to endemic state.

“Therapeutics and antivirals will become increasingly important, replacing most non-pharmaceutical interventions over the long-term. The Government is also committed to building resilience for any future pandemics, both domestically and on the international stage.” 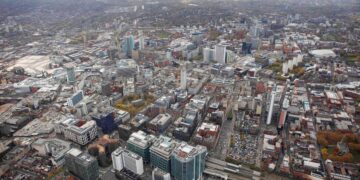