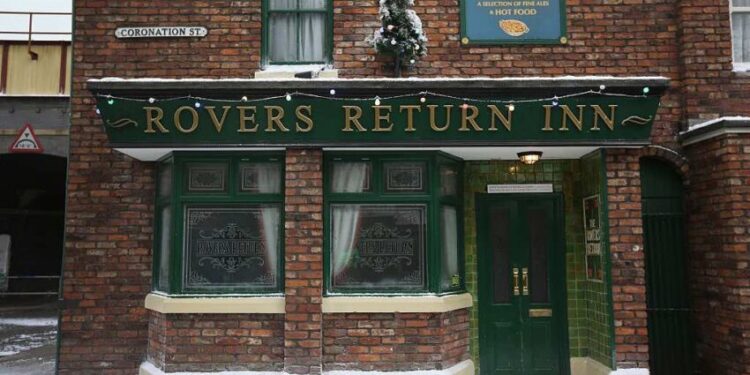 
A CORONATION Street director has been dropped following a series of social media posts in which he rejected the legitimacy of racism, HuffPost UK has revealed.

ITV has said that Steve Finn, who has worked on the soap over the last two years, had made posts online that were “inconsistent with the values of both Coronation Street and ITV.”

One post saw Finn mocking historian David Olusoga’s comments to the Edinburgh TV Festival. Olusoga said that being marginalised in his career had left him feeling “crushed, isolated” and “disempowered.”

Finn responded on his Facebook page: “Oh poor dear, so crushed by his success on the unenlightened British media. Could I get just a tenth of his salary for making programmes which people actually watch, as he is so crushed?”

On a separate occasion, Finn claimed that he had not seen any racism in the media industry during his 40 year career, calling the concerns a “fabrication of fashionable claims.”

He said: “I’m afraid I find people like him [Olusoga] beyond contempt because he has made a very nice earner out of his niche abilities, but now wants to ride the racism high-horse to maximum effect.

“I am a product of the white working-class, and have often felt alone and isolated, and yes unwanted, especially in the BBC, but I would never have made such a shameful parody of myself just to further my career.”

In a separate comment, he said: “People like Olusoga are victim-making frauds and need to be called out.”

In November, the director shared a link to a Channel 4 investigation called “Is Covid Racist?” and wrote: “Oh, so we know what the answer is before the question is asked don’t we, since the pre-publicity already blames ‘structural racism’? So a disease obviously knows what to target, and Channel 4 has already decided who to blame.”

The news comes during a year where systemic racism has been scrutinised in all areas of society, including in the television industry.

Notably, Hollyoaks star Rachel Adedeji condemned the show for its response to the Black Lives Matter movement in June.

Thanks for reading BusinessLive – Business Live