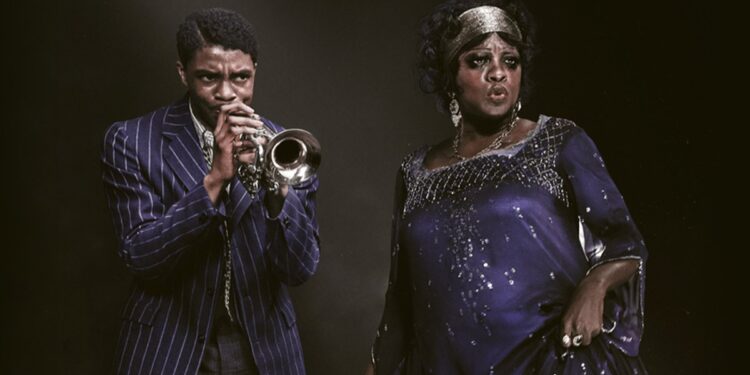 
We have the first trailer for Ma Rainey’s Black Bottom. This one is heading to Netflix just in time for Christmas after making a limited run in theaters next month. It seems the streaming service may feel they have an awards season contender on their hands as it stars Viola Davis (Widows, Fences) and Chadwick Boseman (Black Panther, Da 5 Bloods) in his final movie role. Adapted from the famed August Wilson play, the movie “celebrates the transformative power of the blues and the artists who refuse to let society’s prejudices dictate their worth.” As we can see, it looks to be a poignant and musical look at the 1920s.

The trailer starts with a big band hitting the recording studio in the 1920s. We then get little views of what life was like back then, with the titular Ma Rainey recounting her love for the blues. We then get a feel for Chadwick Boseman’s character, a hard-headed trumpet player who is part of Ma’s band. He has ideas and ambitions of his own, which creates some tension within the group. It presents a complicated view of talented people trying to work their way through the music business in a radically different time. There is a great deal of production value and lots of musical numbers.

In Ma Rainey’s Black Bottom, tensions and temperatures rise during an afternoon recording session in 1920s Chicago. It centers on a band of musicians who are waiting on the legendary “Mother of the Blues,” Ma Rainey (Viola Davis), who is running late to the session. The fearless and fiery Ma finds herself in a battle of wills with her white manager and producer over control of her music. As the band waits in the studio’s small rehearsal room, ambitious trumpeter Levee (Chadwick Boseman), who has his sights set on Ma’s girlfriend and is determined to make his own name in the music business, guides his fellow musicians into an array of stories revealing truths that will forever change the course of their lives.

A new poster for the Netflix original movie has also been released, which we’ve included for you to check out. Chadwick Boseman passed away very unexpectedly earlier this year after losing a battle with cancer. The actor kept his battle quiet and continued to work right up through the end. Boseman is already expected to be in the Oscar race this year for his work in Spike Lee’s Da 5 Bloods. This may give him yet another let in the awards season race following his untimely passing. Ma Rainey’s Black Bottom arrives on December 18 via the Netflix Streaming service. Be sure to check out the new trailer for yourself. 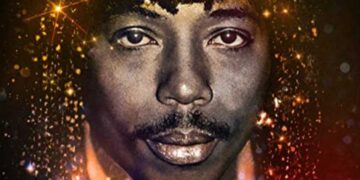