Black In White: Experiences of racism in a series of poems 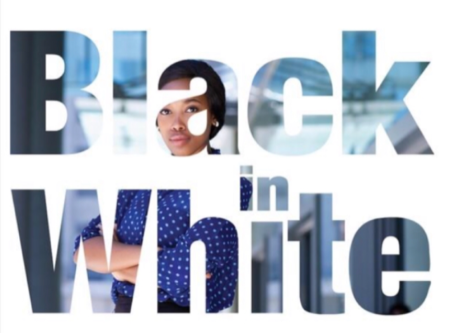 
CONTAINING POEMS in a mix of styles one women’s experiences of racism has been collated in new book entitled Black In White.

Written by former pharmacist and pharmacy journalist Charlotte Shyllon, she explained to The Voice Online that in the wake of what happened to George Floyd in America last year, it was imperative that black people’s voices were heard.

Shyllon addded that she also felt inspired to write this book because as a black woman who had been working in the corporate world for over two decades she too had been guilty of not speaking up when it mattered.

“As often the most senior UK-based black team member in the companies where I’ve worked, I have encountered both overt and covert racism,” she said.

“I have tended not to speak about this; no one wants to cry ‘racism’ at every real or imagined slight.

“But it chips away at you, and can affect your progress and performance over time.”

Titles include: Get her off my business; Behind my mask; The cleaner, the security guard and me; and If I were white.

Some of the poems relate other people’s stories, including The man who gave Black Londoners a voice which tells the story of retired BBC radio presenter Alex Pascall, OBE.

The book also provides definitions of some of the terms used in the poems, including racism, unconscious bias, microaggression and people of colour, making it a useful educational tool as well as an insightful read.

“With the strength of feeling engendered by George Floyd’s killing, the time is ripe for us to speak up about our experiences of racism, and so I have chosen to share my stories,” said Charlotte Shyllon.

“Some may make for uncomfortable reading. But these stories need to be told, and I hope they will help us all on the journey to understanding and change.”

A mum to two teenage children Shyllon started writing poetry just under four years ago, and Black in White is her first published book.

Baroness Lola Young is now a director at Bloomsbury books