Black Greenwich Pensioners uncovering the history of Greenwich and the Navy 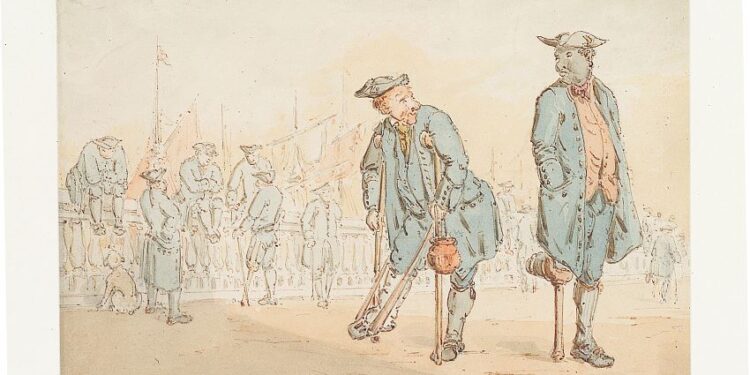 
LAST OCTOBER the Old Royal Naval College, Greenwich, delved into it’s rich and complex past, shining a light on the Black mariners that played a crucial role in its history launching Black Greenwich Pensioners.

This is global story told on a local level. Our hope is that anyone who visits will come away with a deeper understanding of their cultural history

Their exhibition explores the hidden histories of the Black Royal Navy personnel who formed one of Britain’s earliest Black communities when they became pensioners at the Royal
Hospital for Seaman on the site where the Old Royal Naval College stands on today.

Co-curated by Black British heritage consultant S. I. Martin, this vital and fascinating exhibition looks at the presence and impact of the recorded Black communities which have been resident in Greenwich for over 200 years.

Telling the stories of Black seamen, some of whom were volunteers and others who were enslaved or impressed, the exhibition traces their dangerous and unpredictable lives in the 18th and 19th centuries.

It explores their diverse geographical origins, ranks and duties as well as their significant contribution to the development of Black revolutionary
and abolitionist thought and writing.

The exhibition seeks to examine the role Black Mariners played in British naval conflicts as well as delving into the personal histories of prominent Greenwich pensioners such as John Thomas, who escaped slavery and was later returned to enslavement in Barbados; John Simmonds, a Jamaican veteran of the 1805 Battle of Trafalgar whose descendants still reside in the UK; and Briton Hammon, the author of the first slave narrative.

Documenting the contribution of these men to the British abolitionist movement, the Royal Navy, and to their local Greenwich community, the exhibition will include paintings, prints and photographs and a small selection of objects from which we can discover more about the lives of the Black Greenwich Pensioners.

S. I Martin said: “Using the Royal Hospital for Seamen, Greenwich as a lens, the exhibition shines a light the social and political history of Britain’s maritime and naval past and uncovers the remarkable and varied personal stories of the men who lived there.

“This isn’t a one-size-fits-all narrative.

“This is global story told on a local level. Our hope is that anyone who visits will come away with a deeper understanding of their cultural history having discovered a seldom told story about the roots of their local community.”

There will be related workshops and tours during the exhibition, which has been extended from February 21 to March 7, 2021.

Iconic Ridley Road market makes an exhibition of itself